The Post Office was built in 1868 by Sanford Cady, who was appointed the first Postmaster of Grand Forks in 1870. It first stood in the 500 block of present-day Reeves Drive. Stagecoaches traveling between Pembina and Fort Abercrombie used the cabin as an overnight stop. Cady, like many Grand Forks pioneers, was a veteran of the Civil War.  He and Sarah J. Fadden were one of the first couples married in Grand Forks.

In 1974, it was moved from its last residential location on the corner of Cottonwood St. and 2nd Ave. South. The Post Office was remodeled with modern siding on the outside and plastered walls on the inside. At the time, the Urban Renewal Project was tearing down old buildings to make room for the construction of the Demers Avenue Overpass and low-rent housing. When it came time for the demolition of this building, the workers noticed the logs underneath the siding and realized that this building might be historic. Members of the Historical Society knew that the building probably still existed, but due to its many moves, were not sure which house it was. Old photos of the first Post Office were compared with the log building, and verified that indeed it was Sanford Cady’s log cabin. It was then moved to the grounds of the Grand Forks County Historical Society and made into a general store. It was moved one more time in 2004 for the flood protection project.

Some of the artifacts in the Post Office include: 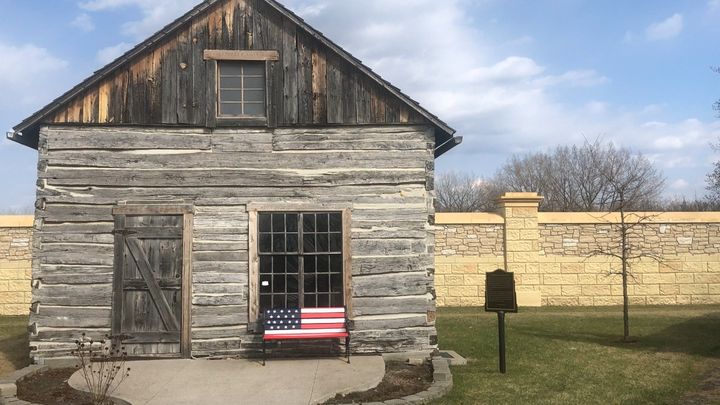 GFCHS would like you to support Save Our Post Office by making a donation and spreading the word.
We need your help to save the oldest building in Grand Forks, the log cabin built in 1868 that served as our first Post Office in 1870.
View Fundraiser